On Wednesday, December 7th, H.E. Hideo Yamazaki, the newly appointed Ambassador of Japan to BiH held an introductory lecture on Japanese culture at the International Burch University, as a part of strenghtening friendly relations between Japan and BiH.

Around 70 students of English Language and Literature Department had an opportunity to learn more about Japanese history, tradition, religion, poetry and food.

Celebration of the 1st World Judo Day organized by the Judo Federation of Federation of BiH took place on Friday, October 28th, at the Olympic Museum BiH.

The 11th Jubilee International Judo Tournament “BiH & Nippon” was held on Saturday, October 29th, 2011 at Olympic Hall Juan Antonio Samaranch (Zetra) in Sarajevo, from 10:00 A.M., organized by the Judo Federation of FBiH and cosponsored by Embassy of Japan in BiH.

The Tournament included more than 500 participants aged from 5 to 23, divided into different weight categories, from Bosnia and Herzegovina and neighbouring countries including Croatia, Montenegro, Serbia, and Slovenia.

Sabina Haračić from Judo club ‘Bosna’ won the Sanshiro Sugata Cup, as the most successful participant of the 11th International Judo Tournament.

The Embassy of Japan in Bosnia and Herzegovina organized a screening of the Japanese film Penguines in the Sky -- Asahiyama Zoo on Friday, October 21, 2011 at 18:00h at the Academy of Performing Arts, Obala Kulina bana 11, Sarajevo.

Based on the true success story of a regional zoo, incorporating abundant footage of the animals in action, Penguins in the Sky— Asahiyama Zoo is a heartwarming tale of the Zoo’s attempts to revitalize itself after a crisis of near-closure due to falling attendance.

Days of Japan in Sarajevo

''Days of Japan in Sarajevo'' took place at the Academy of Performing Arts on September 23 and 24.  More than 200 visitors were introduced to the richness of Japanese culture with an emphasis on film and cuisine.

Two Japanese films were screened: ''Turtles Are Surprisingly Fast Swimmers'' and ''Tora-san Takes a Vacation'' and short lectures on Japanese film were held. The participants also had an opportunity to see a demonstration of making sushi, as well as to taste sushi.

The participants were also introduced with Japanese pop music, as well as with the photographs of dimensions of Japanese culture including such national treasures as Mount Fuji, traditional Japanese cuisine, and modern cities such as Tokyo where tradition and high technology co-exist. The photographs also included Japan’s recent challenges in recovering from the devastating earthquake and tsunami that struck in March 2011.

Participation in the 8th Kid's Fest 2011

The 8th Kid's Festival in Bosnia and Herzegovina took place in Sarajevo - Zetra (Olympic centre Juan Antonio Samaranch) and over 40.000 children from all over Bosnia and Herzegovina participated in this youth event. For the third consecutive year, Embassy of Japan took part in International Fair with workshops, exhibitions, entertainment and booths of many Embassies and other domestic and international organizations.

As every year, Embassy of Japan wanted to entertain as well as teach children from Bosnia and Herzegovina about traditional Japanese culture, such as origami and calligraphy. Children had a chance to fold paper and with help of Embassy staff make interesting origami figures, as well as have their name written in Japanese. The youngest ones could color sheets with their favorite Japanese animation characters, such as Pikachu or Hello Kitty, or play dot-to-dot. 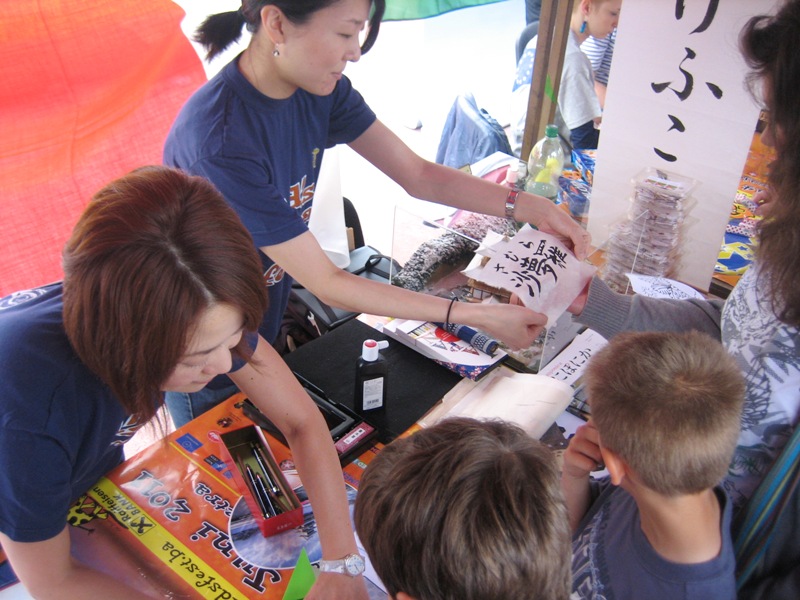 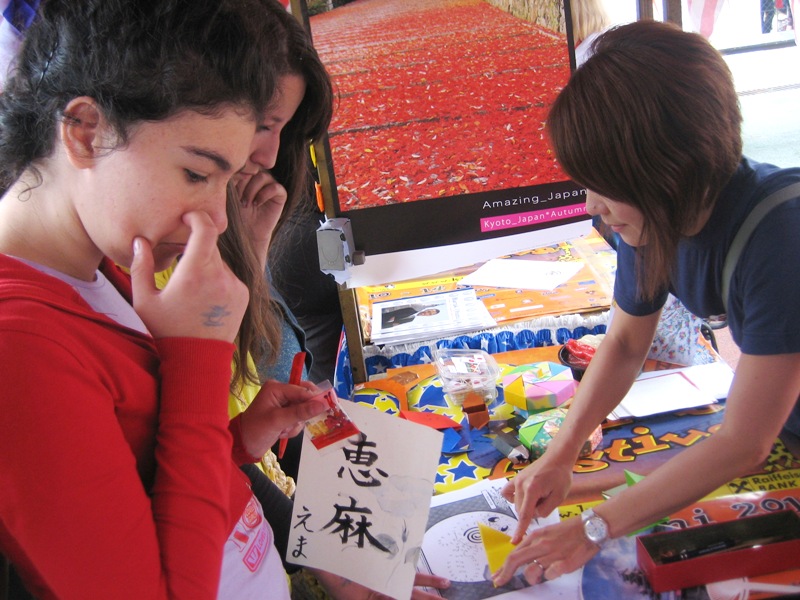 Ms. Tamaki Usuda, Second Secretary of the Embassy of Japan in BiH held a presentation on scholarship programs offered by the Government of Japan for 2012. at the Rectorate of University of Sarajevo on Friday, May 27, 2011.

Former scholarship grantee Jasmina Gavrankapetanovic attended the presentation and shared her personal experience from life and studying in Japan.

The 3rd Sarajevo Technology Forum 2011, officially supported by the Embassy of Japan, was held on 19th and 20th of May in Hotel Europe in Sarajevo, in organisation of IPSA Institute Sarajevo and in cooperation with Tohoku University from Japan. The Forum topic was "Future Internet Access and Applications“ and one of the speakers was Professor Fumiyuki Adachi from Tohoku University.

The Forum was opened with speeches by H.E. Futao Motai, Ambassador of Japan to B&H, Mayor of City Sarajevo, Prof. Dr. Alija Behmen, Prof.Dr. Faruk Čaklovica, Rector of the University of Sarajevo, and Academician Prof. Branislava Peruničić-Draženović on behalf of the Academy of Sciences and Arts of B&H. H.E. Futao Motai also expressed the heartfelt appreciacion to the people and Government of B&H for kind words and material donations at the time of the last unprecedented gigantic disaster that happened in March.

On the first day of Forum, a memoradum was signed between laboratory of Professor Adachi and IPSA institute, which will enable better cooperation in the field of technology between our two countries in future. 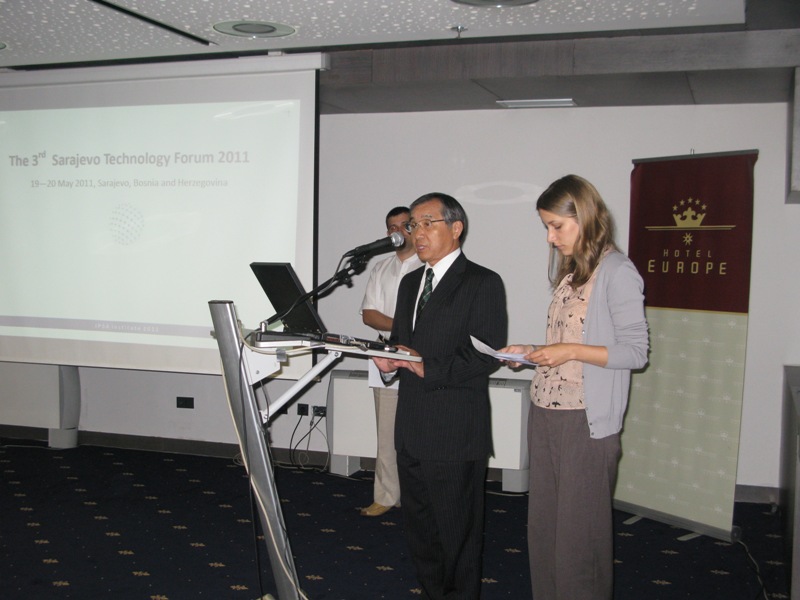 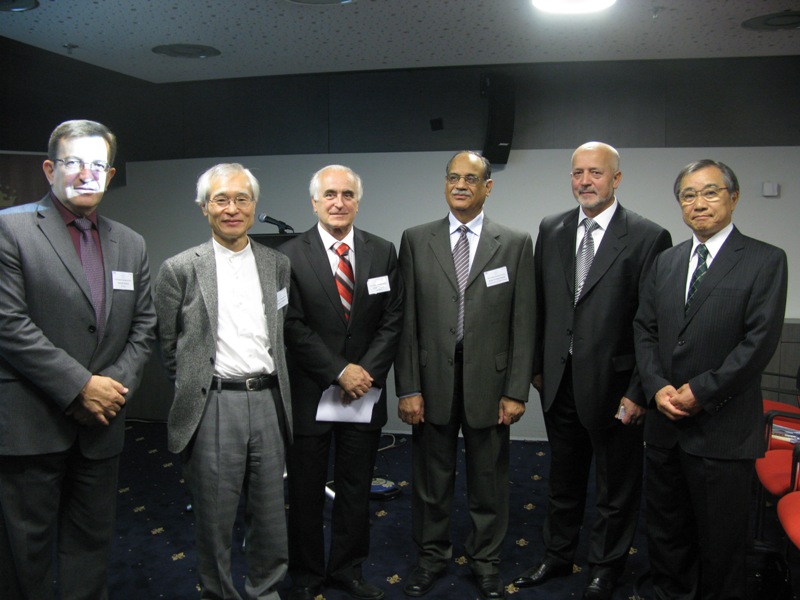 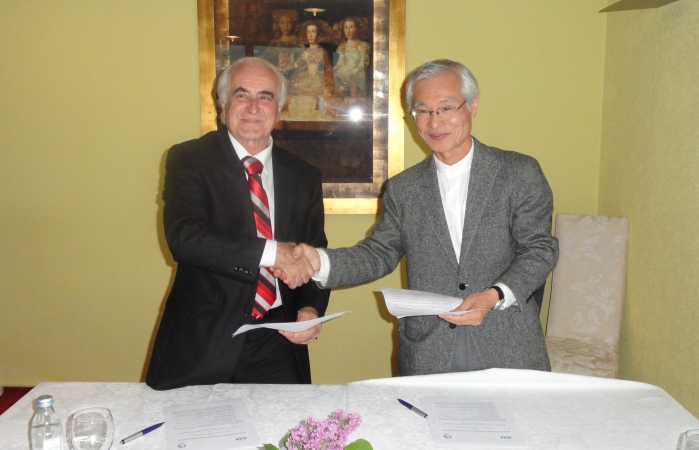 Ms. Tamaki Usuda, Second Secretary of the Embassy of Japan in BiH held 2 presentations for Mostar students on 4 scholarship programs offered by the Government of Japan for 2012.

Participation in the Second Scholarship Fair 2011 in Sarajevo

Embassy of Japan presented scholarship programs offered by the Government of Japan and Japan Foundation, including four programs which had currently opened competitions. 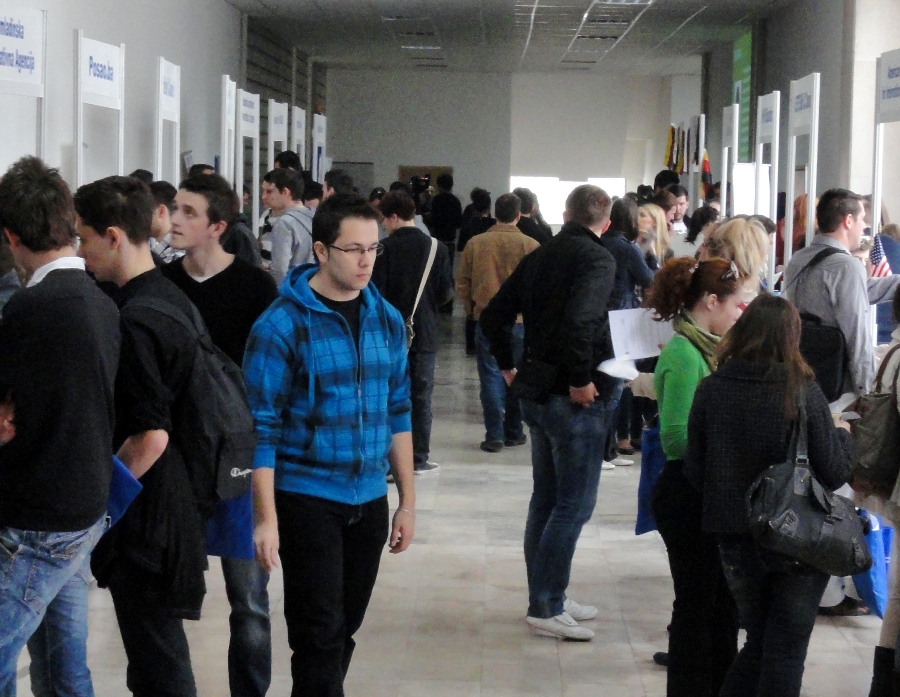 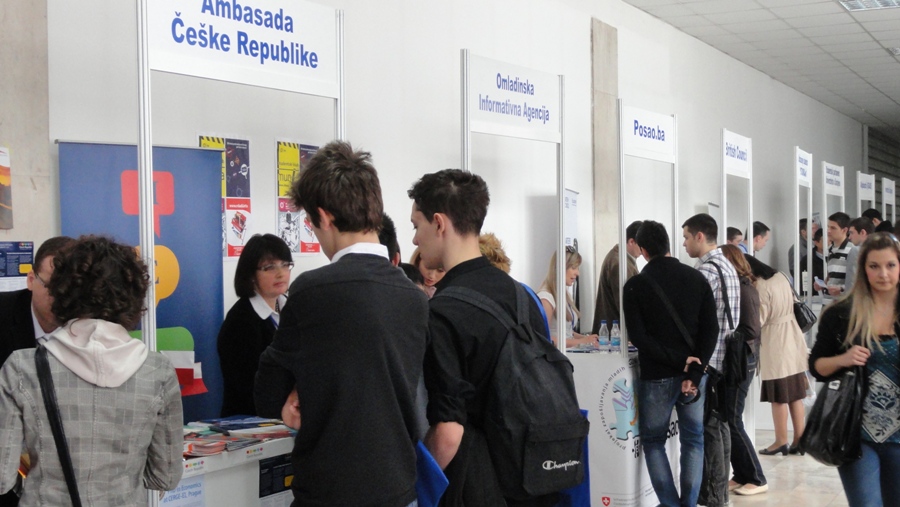 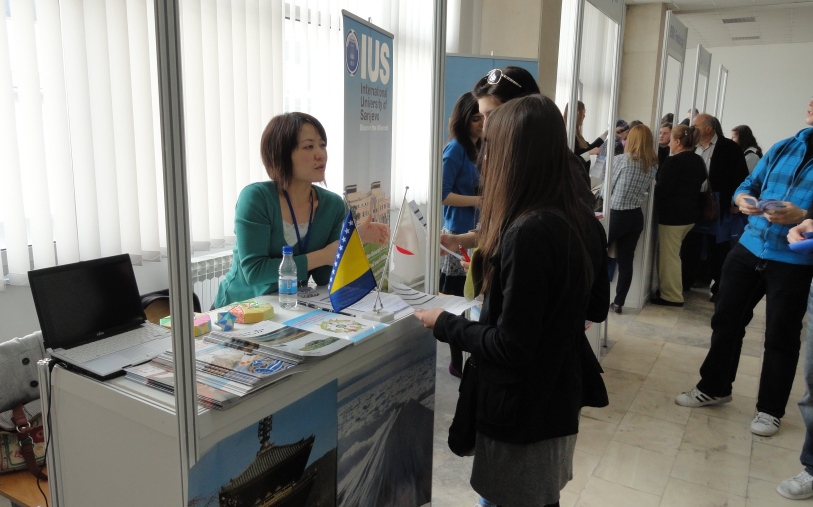 H.E. Ambassador Futao Motai held a lecture on 14 April 2011 on the topic “Secrets of Japanese Economic Success” at the Faculty of Philosophy, University of East Sarajevo.

Before the lecture, H.E. Motai was greeted by the municipality and faculty management, including Mr. Vinko Radovanovic, Mayor of East Sarajevo.

Representatives of Youth Council of the City of East Sarajevo informed Ambassador Motai about their initiation to raise money for the victims of the Great East Japan Earthquake. Ambassador used this opportunitiy to once more thank to all BiH citizens for their solidarity and offers of help for the people in devastated areas. 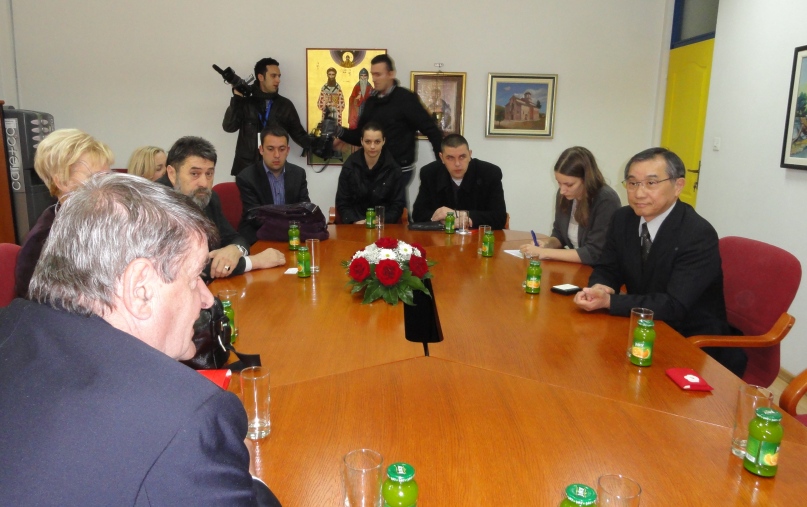 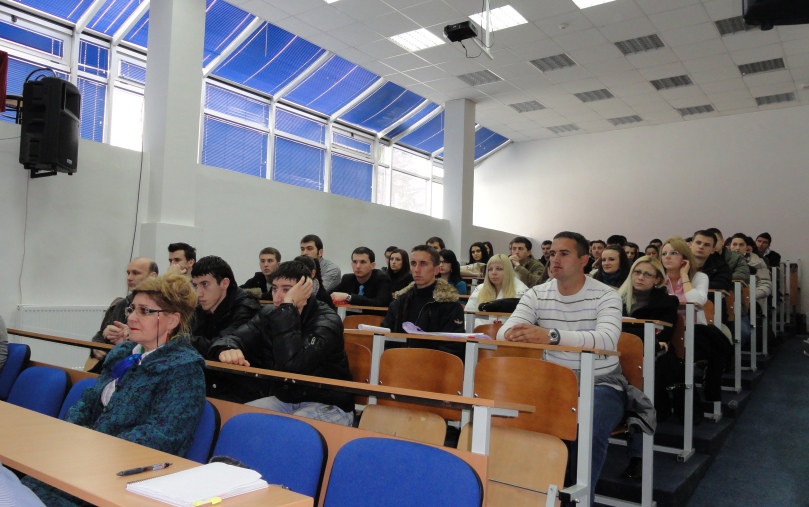 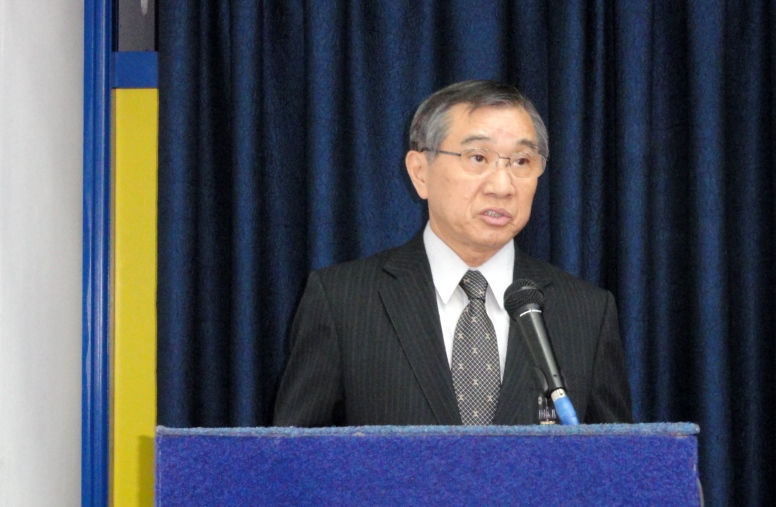 Days of Japan in Banja Luka

JICA Alumni Association of Bosnia and Herzegovina, in cooperation with Embassy of Japan in BiH, organized Days of Japan in Banja Luka on March 21 and 22, 2011.

The first day of the program, which was held at Faculty of Architecture in Banja Luka, included a lecture on modern tendencies in Japanese architecture held by Ms. Nermina Zagora, senior teaching assistant from the Faculty of Architecture in Sarajevo who participated in Intellectual Exchange Program in Japan, and Presentation of Goverment of Japan's Scholarship Programs held by Embassy's cultural attache Ms. Tamaki Usuda and former scholarship grantee Ms. Suzana Gotovac-Atlagic.

Second day at Music Pavillion included stories and experiences of people who lived and worked or studied in Japan and screening of film "Time of the Wave" by Macedonian director living in Tokyo, Ms. Andrijana Cvetkovik. The event was concluded with a small cocktail party with Japanese snacks, sushi and sake or green tea.

The people of Banja Luka used this event to express their sympathy with Japanese victims of eartquake and tsunami and wrote messages of support on origami hearts which will be sent to a Japanese school. Banja Luka artist Stanko Gojic who lives and works in Osaka designed a special poster with a heart which was handed over to Ms. Usuda by art director of National Theater of RS, Mr Ljubisa Savanovic.

The Former Scholarship Reunion was held on March 10th at the Residence of Ambassador of Japan in BiH, and some former JICA trainees also joined the event. The guests enjoyed Japanese food and shared their experiences from Japan as well as what they have been doing ever since they returned home. 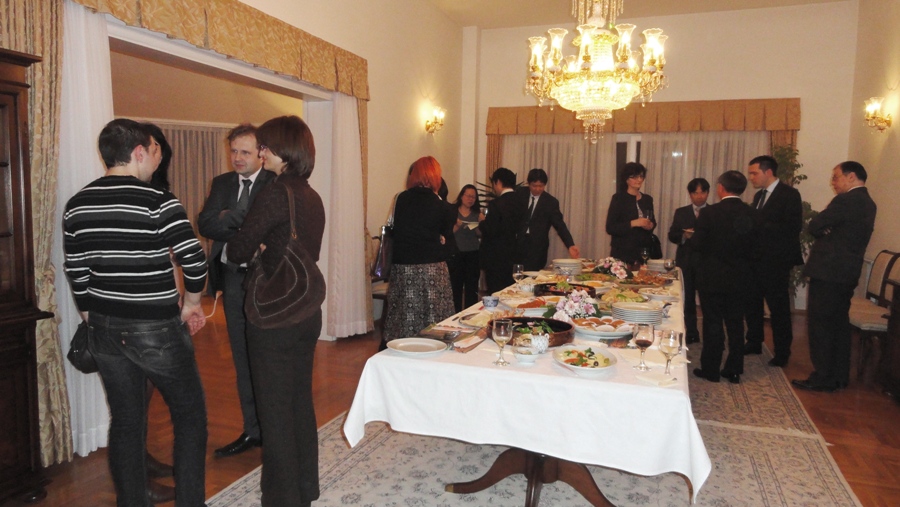 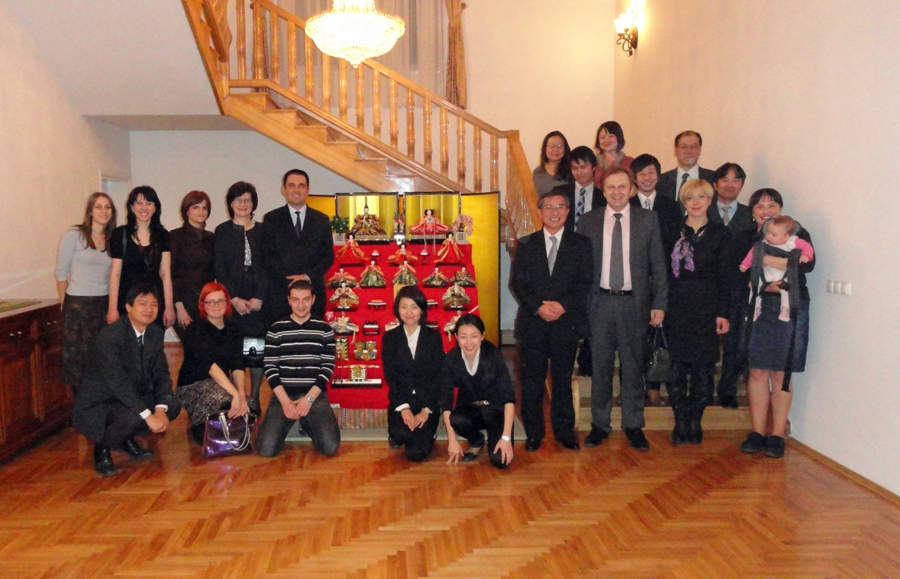 The audience in Sarajevo had a chance to enjoy Japanese contemporary films: "A Scene at the Sea", "Climber's High", "Awaking", "Scarred Angels", "Hotel Hibiscus", "The Dagger of Kamui" and "The Blossoming of Etsuko Kamiya" which were again this year shown at Multiplex Cinema City every day at 17:30 as part of Sarajevo Winter Festival 2011.

This film week was brought to Sarajevo audience in cooperation with the Japan Foundation.

Embassy of Japan in Bosnia and Herzegovina, in cooperation with XXVII International Festival “Sarajevo Winter 2011” and Japan Tobacco International, organized a concert of Japanese band Wariki at Dom mladih, Sarajevo, as a part of regional tour with a symbolic title “The touch of the Japanese lion of good fortune”. This was the band’s first visit to Bosnia and Herzegovina.

A large audience at the Dom mladih was able to enjoy the dance and music from the entire Japan, and the repertoire inspired by street performances, like the shishimai (dance of the lions), kagura (folk music pieces and dances dedicated to Shinto and Buddhist deities) and festive music and dances.

The visitors had a chance to feel the sounds of traditional Japanese instruments such as taiko (drums), yokobue (Japanese flute), koto (Japanese harp), shamisen (three-stringed instrument) and kokyu (string instrument played with a bow). 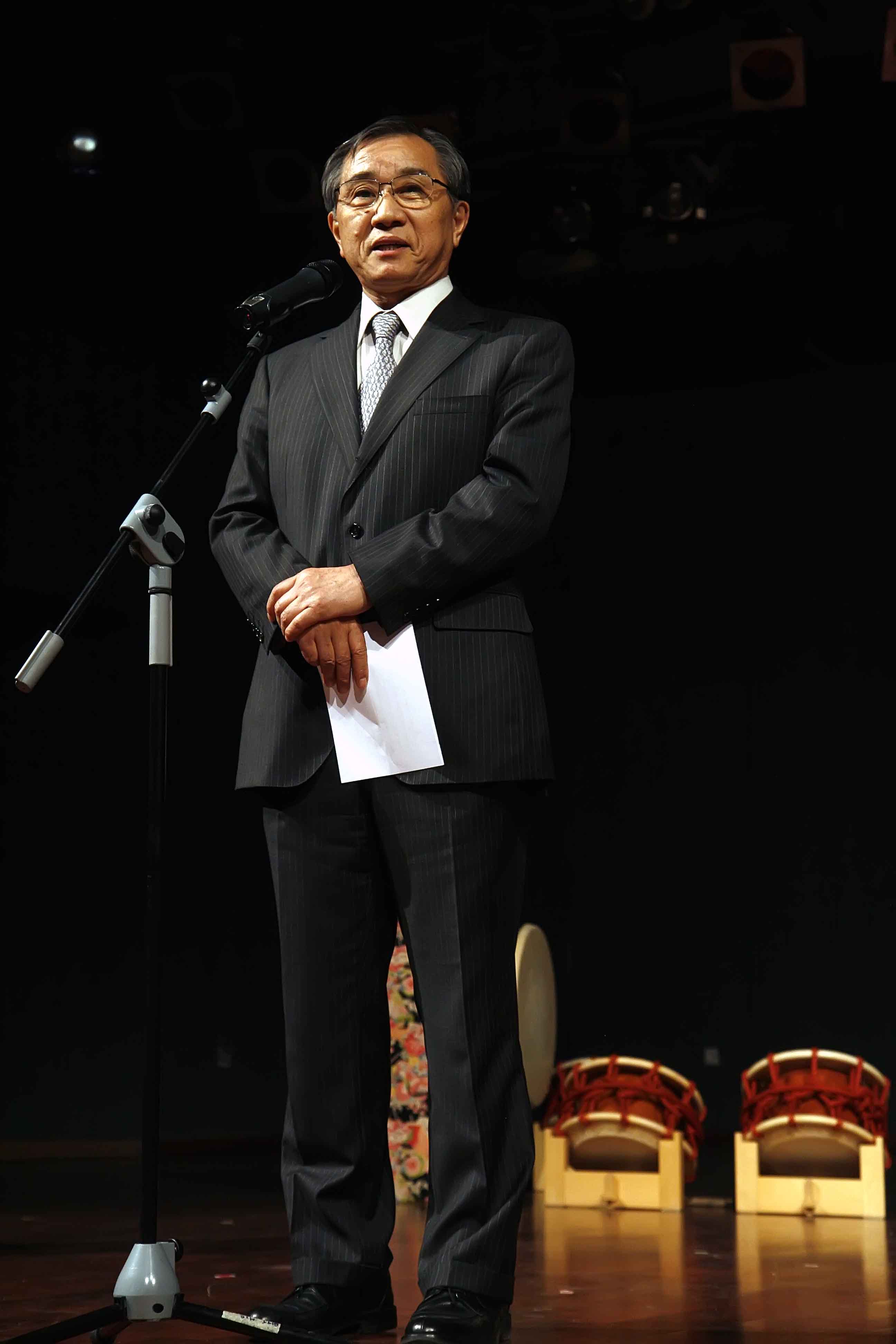 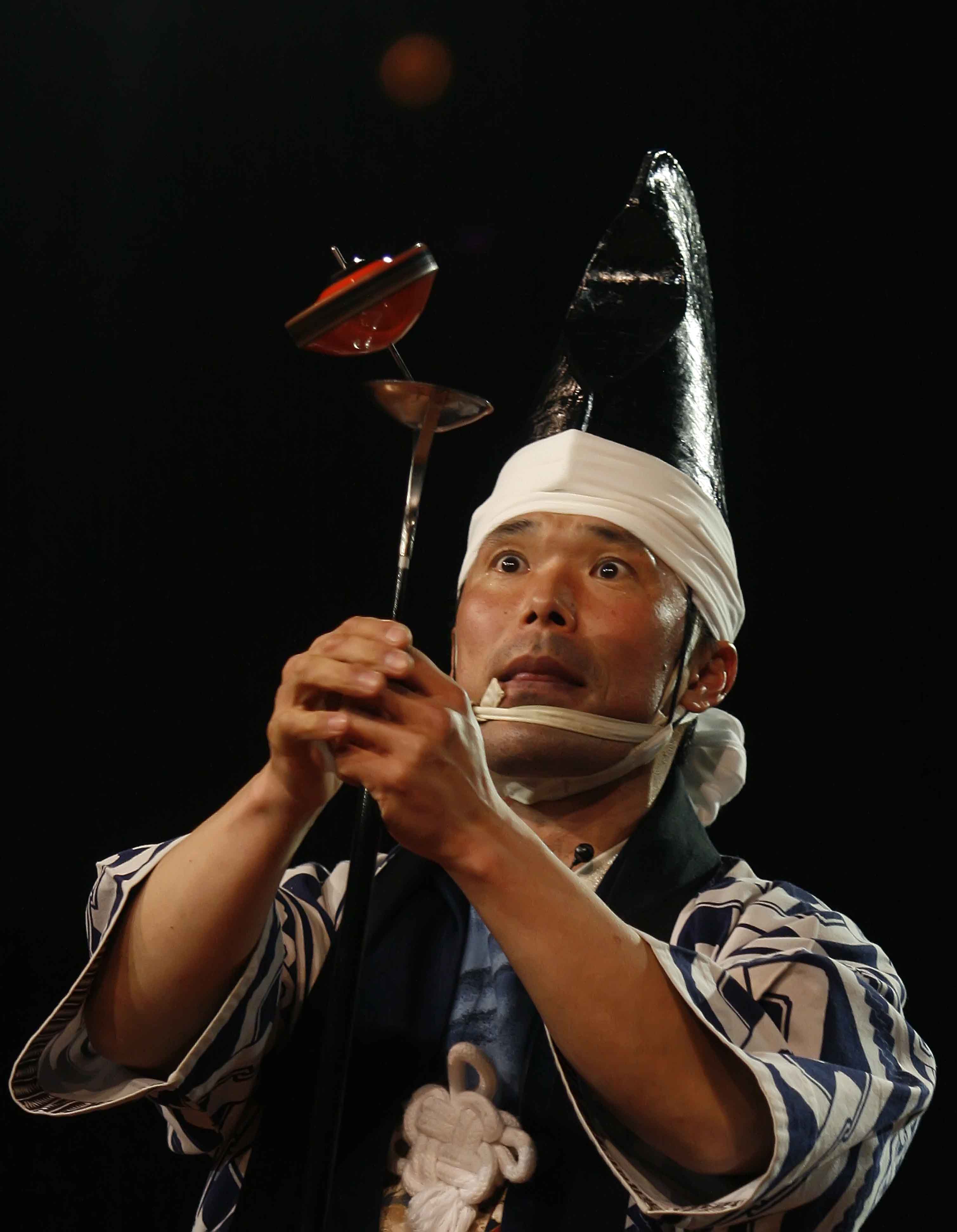 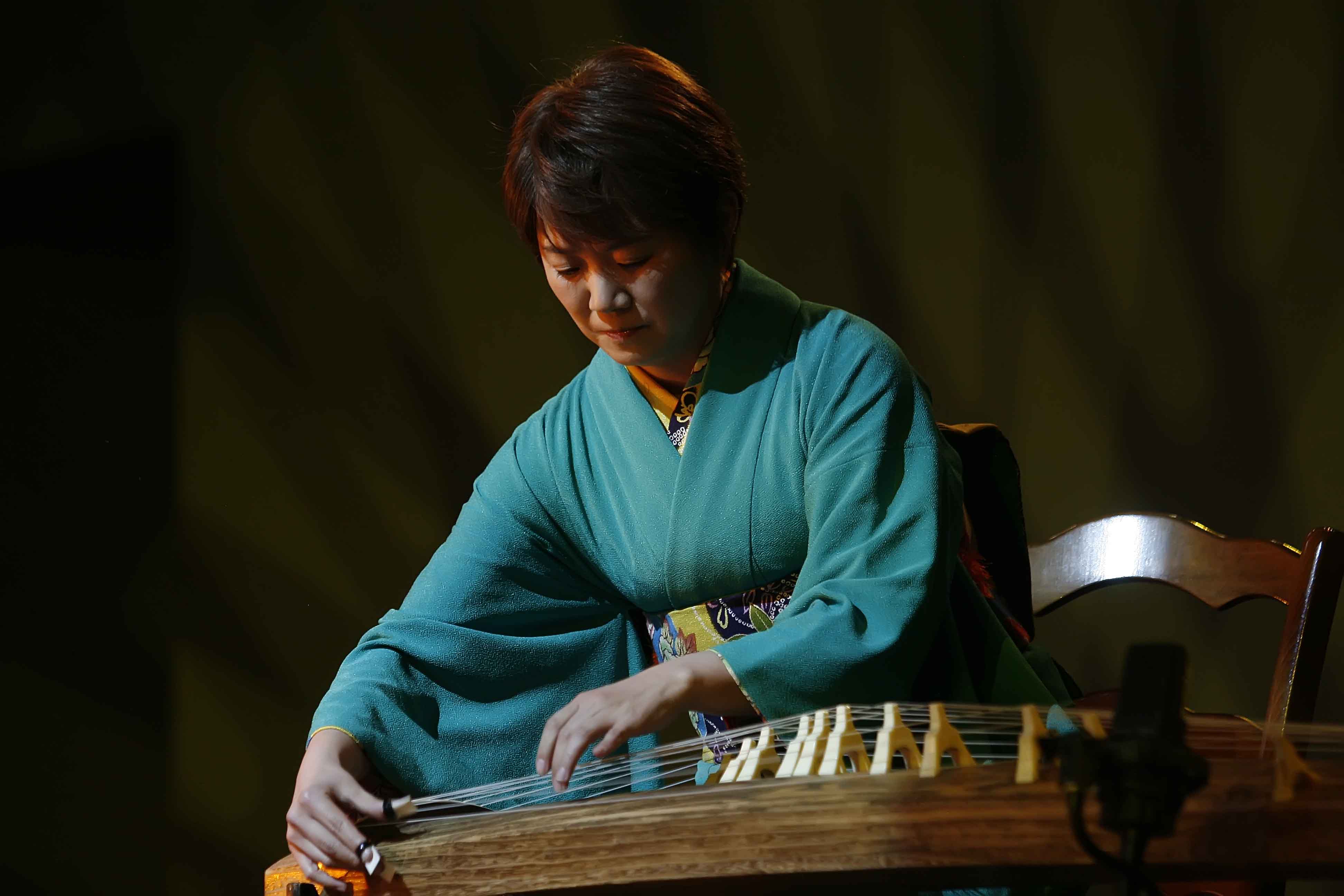 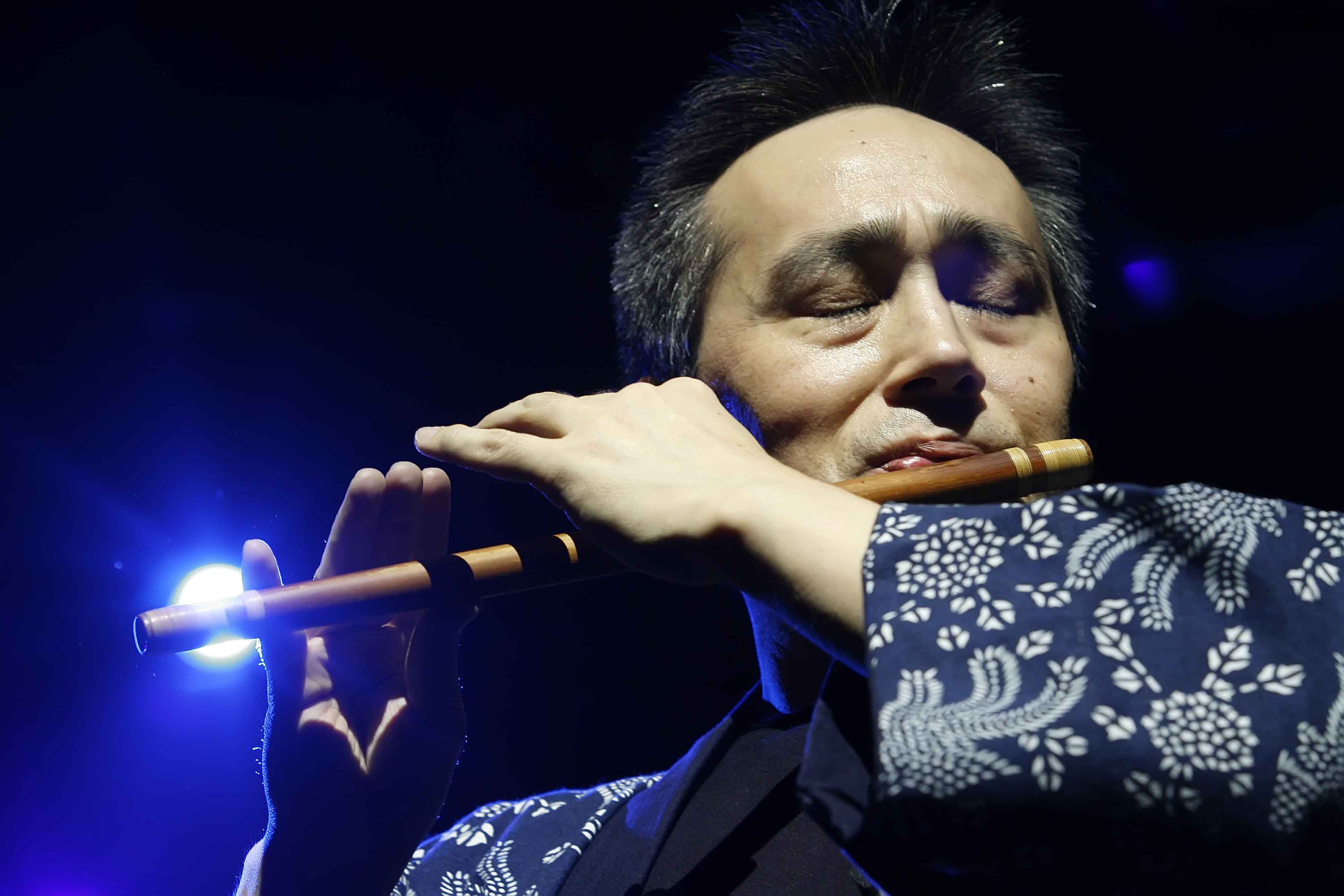 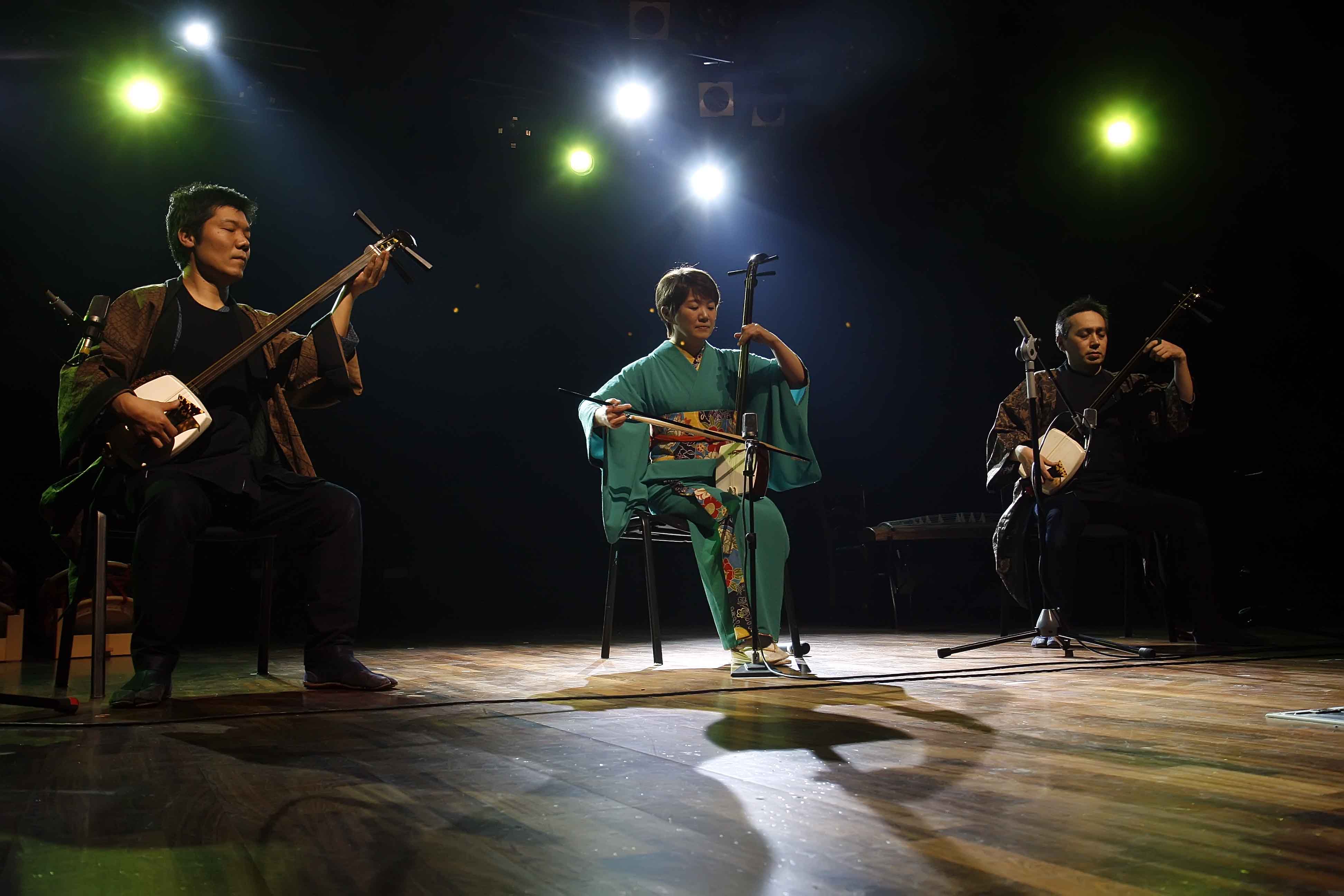 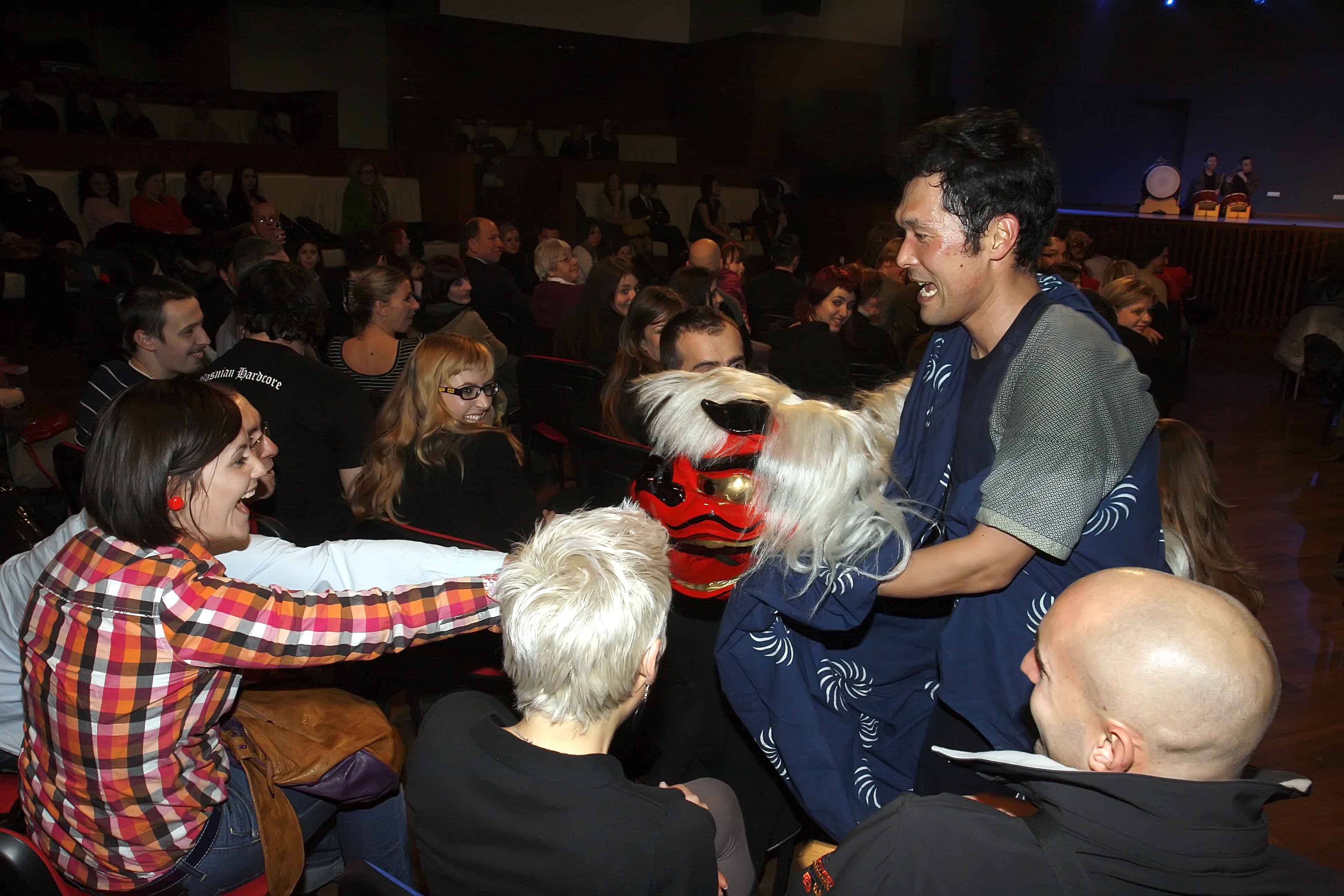 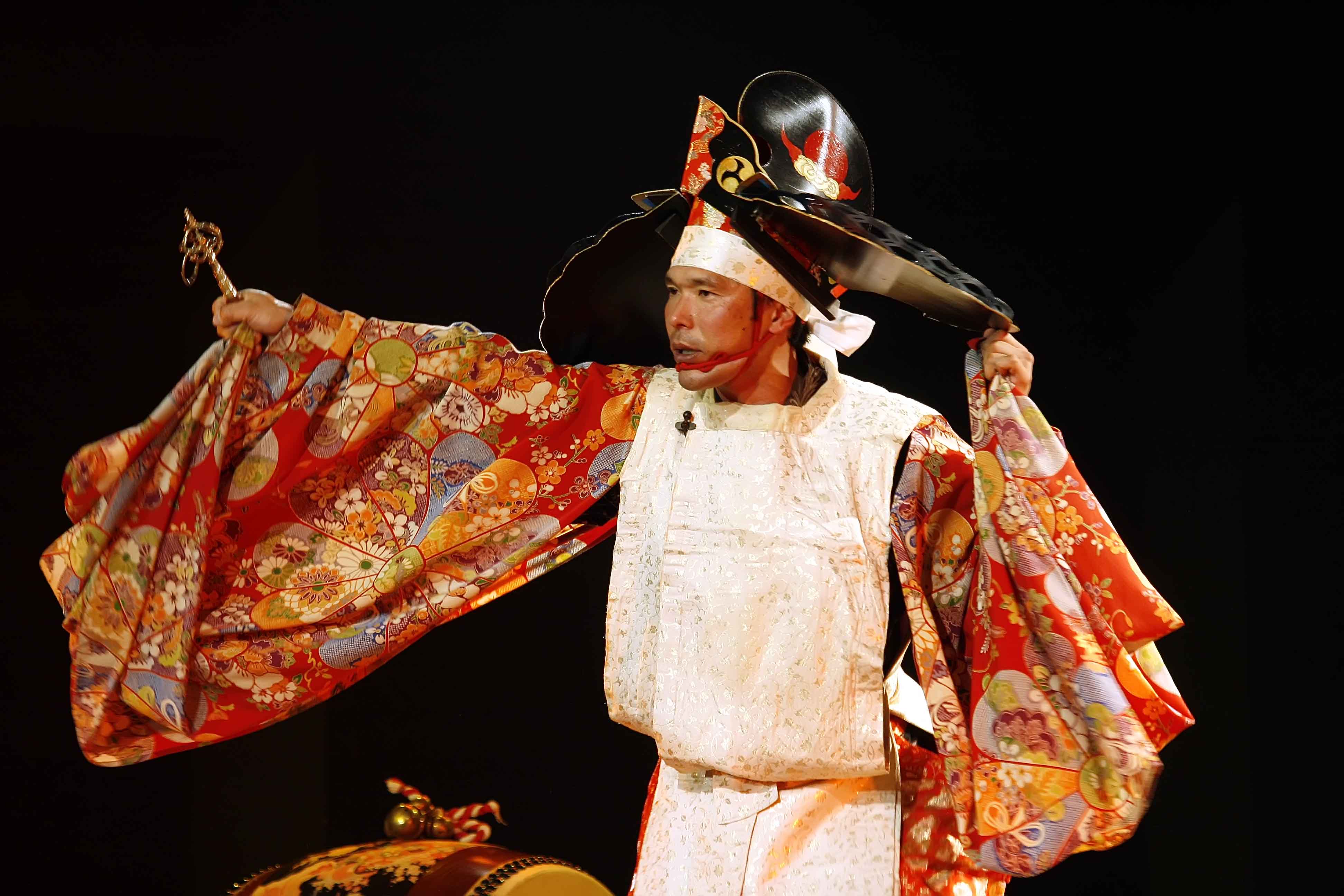